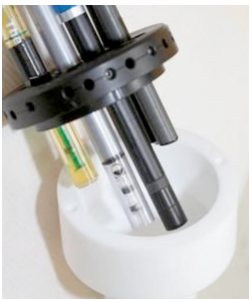 The same principle of electronic nose was also applied to sensors working in liquid environments for the classification of liquids, by analogy with electronic noses arrays of sensors working in liquids were called “electronic tongues”. Most of the electronic tongues until now reported have been based either on potentiometric or amperometric sensors both radicated in electrochemistry.
The sense of taste in mammalians is organized similarly to olfaction. Taste is perceived by nonspecific taste buds, situated on the papillae of the tongue. Conventionally, the overall taste is correlated with a combination of four basic tastes: sweetness, sourness, bitterness and saltiness, in addition to taste sensations like umami, metallic and astringency and spicy and cooling effects. Since taste and odour are often perceived simultaneously, the term ‘flavor’ is widely used to describe their combination, especially when speaking about food.

It has to be remarked that the physiology of the taste is completely different with respect to olfaction, as an example taste receptors in mammalians are not neurons but are cells that generate action potentials and release neurotransmitters in response to taste cues. The activity is revealed and transmitted by neurons innervating taste buds. The other aspect of taste is the impression obtained when food enters the mouth. The basic taste is then merged with the information from the olfactory receptor cells, when aroma from the food enters the nasal cavities via the inner passage. This merged sensory experience is referred to what is commonly known as the descriptive taste by sensory panels.
Electronic tongue project started in 1994 in cooperation with Yuri Vlasov and Andrei Legin at the University of St. Petersburg (Russia). The term electronic tongue was introduced for the first time in one of the early papers of this collaboration.

In the following years, metalloporphyrins as sensing material were introduced and special techniques for their immobilization were developed.  Electronic tongue have been applied to several applications including foods and beverages quality, medical diagnosis, and environmental control.