In memory of Prof. Arnaldo D’Amico 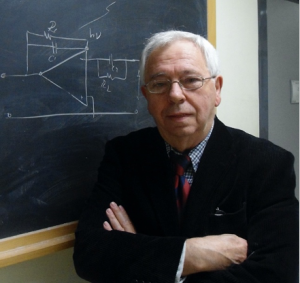 Prof. Arnaldo D’Amico was born in Bologna, March 16th, 1940. He graduated with doctor degrees (laurea) in physics and then in electronic engineering from the University of Rome La Sapienza.

Prof. D’Amico pioneered sensor science in Italy and became a reference for the international community. In Italy he directed the first national project dedicated to sensors, and from 1996 founded and directed for several years the Associazione Italiana Sensori e Microsistemi (AISEM). In Europe he was one of the founders of the series of Eurosensors conferences, directing the steering committee for many years, and he served, since the first issue, as a member of the editorial board of the journals Sensors and Actuators A and B.

He was among the promoters of European initiatives on electronic nose and olfaction, he cooperated in the European network GOSPEL that was seminal to the formation of ISOCS. He chaired the International Symposium on Olfaction and Electronic Nose in Rome in 2002.

He was a passionate teacher. At the University of Rome Tor Vergata besides teaching  electronic devices he designed courses on sensors for students of electronic and medical engineering.

His research interests were concerned with all aspects of sensor science, from the design of devices to the development of sensor systems.  At the University of Rome Tor Vergata he founded and directed, until retirement in 2012, an interdisciplinary research group. He published more than 500 papers and among his scientific achievements it is worth to mention his pioneering work in the application of electronic nose technology to the analysis of volatile metabolites.

He has been supervisor of dozens of PhD and master thesis. Characterized by a distinct humanity and empathy he has been mentor of many researchers and professors in Italy and abroad.

He leaves a great legacy and in those that had the chance to work with him a great feeling of gratitude for the gift of his person, for what he taught and for his kindness.